Of course the first thing every code reviewer should do is to get himself familiar with the concrete problem which the implementation is meant to solve.
You have to read the acceptance criteria, discuss them with the BA and with the developer to get the full picture.

Every programming language follows some coding conventions. Sticking to those programming guidelines improves readability and maintainability.
That means that the reviewer should check for their strict following.

To ensure that the code is readable then the reviewer should not accept neglecting those.

That includes unused/orphaned snippets, methods or even classes.
Also do not tolerate commented out (so called “zombie”) code. Don’t worry for keeping an old implementations “just in case” – the source control does this job for you.

Check out the test coverage of the newly added functionality.
Also always run all of the tests to see whether they all pass (however most probably this will be done as part of the CI – if you have such set up).

Is the selected design approach suitable and fits well in the concrete project?
Can a certain design patter be applied?

7. Think about the big picture and how this solution fits in it.

Can it break something?
Step back again and look at the Project Eco-system and consider whether this is the appropriate solution for it.

8. Think about alternative ways of implementation

Everything can be implemented in multiple ways. Think of the alternatives and what will fit best in the concrete project.

9. Is it “Production release” safe

If there are dependent projects and there are changes in several of them and the release policy of the company doesn’t allow simultaneous release of every library at the same time and no downtime is acceptable, then consider the release order and think of a release safe strategy, which will not affect the availability of the system.

10. Is it understandable and simple enough?

K.I.S.S. and leave the ego behind.

View all posts by Svilen Peev

One thought on “10 steps for a good code review” 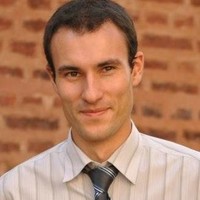